Formed in a broken bedroom in Bristol, on the verge of homelessness, and rife with anger, The Menstrual Cramps were born. Politics on the brain and injustices surrounding them, they jumped ship to a dive in London and recorded their debut album ‘We’re Not Ovaryacting’ on distorted acoustic guitars, calling on the world to ‘Save the Badgers’, and ‘Cull the Tories’. Their debut music video for ‘My Bush Ain’t Ur Business’ was removed from YouTube after some trolls reared their ugly heads and didn’t want people to reclaim their own breasts or bodies.

Summer 2019 they were back with a new album, Free Bleedin, which features revolution demanding song ‘The Smash’, the powerful ‘No Means No’ highlighting problematic r*pe culture, ‘Idols’ which approaches the art world’s problem with abusers, demanding us to stop idolising our idols, and ‘I Like That Top’ a catchy and comedic take on hipsters and gentrification taking over Bristol, which was also featured in the BIFA award-winning film Sweetheart (2021). 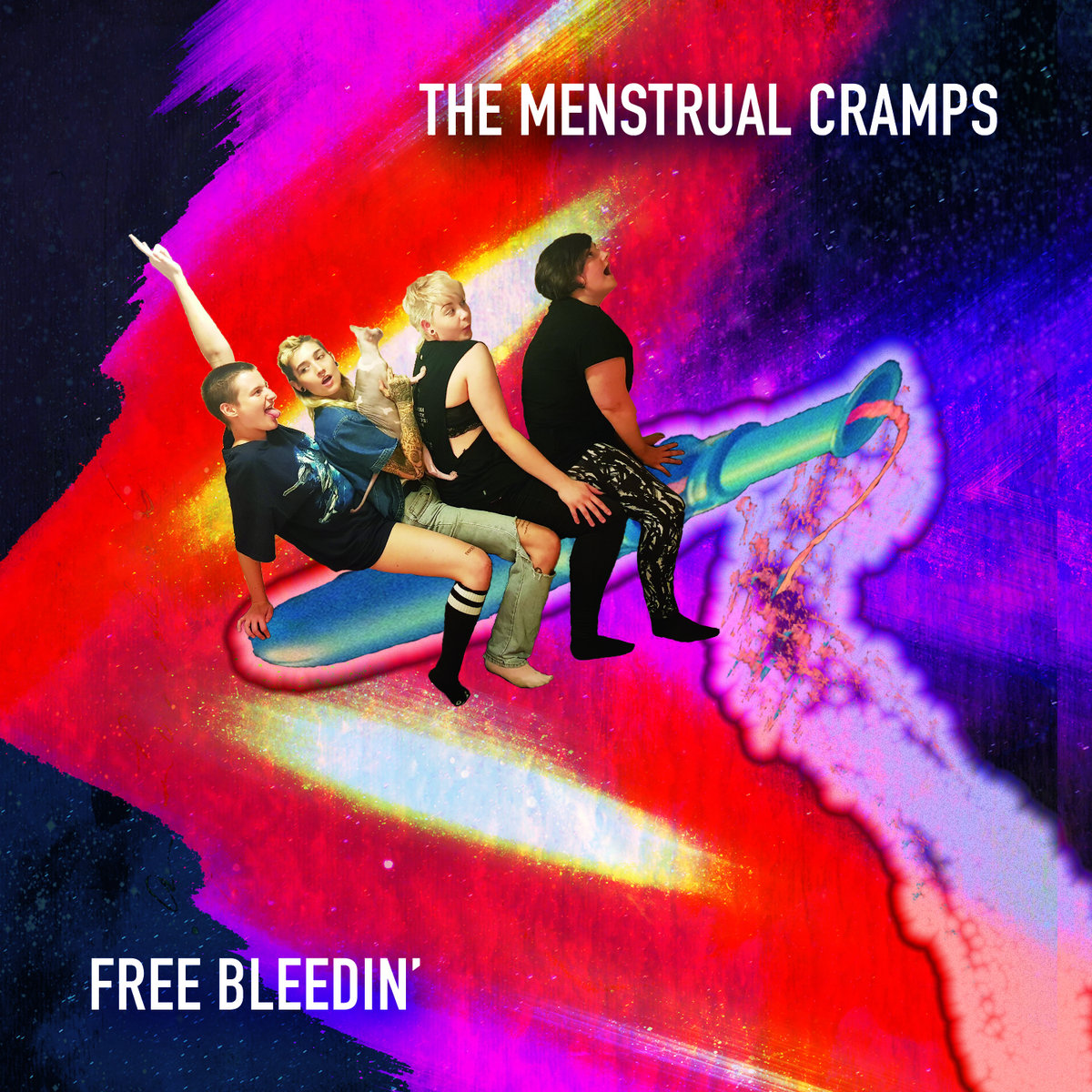